Pacesetter for an entire industry

From Germany to the whole world

We strive to make the world a better place. ERWEKA’s “Made in Germany” equipment improves the quality of medicines, with products such as MultiCheck and RoboDis contributing to more efficiency in quality control of tablet and other medicine forms across the world.

Our network of internationally well-reputed researchers and pharmaceutical customers, nurtured over decades, feeds us with new ideas for product engineering and design. And our distinct innovative spirit repeatedly brings out the very best in us and our products.

Our track record of innovations lead us to leading technologies - again and again.

In 1982 we developed the first multi-functional hardness tester measuring the weight, thickness, length, width and hardness of tablets. In 2012 we were the first ones to launch a 100% USP-compliant, fully automated dissolution testing system, the RoboDis II, who can analyze with UV-Vis and HPLC automatically.

Our latest MulitCheck 6 with its patented "Oblong Navigator" is THE leading product in hardness combination testing.

Innovations like these provide access to safe medicines around the world. We are driven by the motivation to continue this for generations to come. 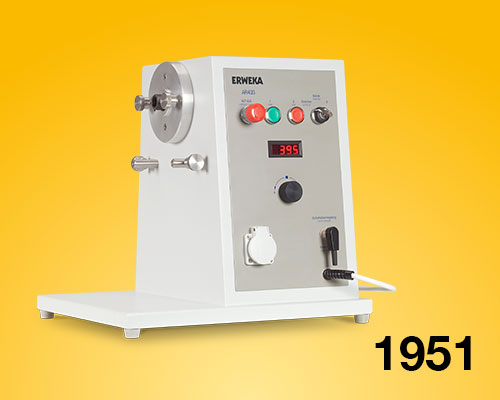 ERWEKA was founded in 1951 by the company founders ERwin, WErner and KArl. The first product was the pre-pre-prepredecessor of the AR 403 the all-purpose equipment AR 400. The goal was to supply every pharmacy in Germany after the second world war with a versatile piece of equipment that enabled evera pharmacist to create salves, tablets, powders and more directly in their local pharmacy. Today the equipment is known world wide as the ERWEKA method, as its motor can be used with versatile equipment to connect. 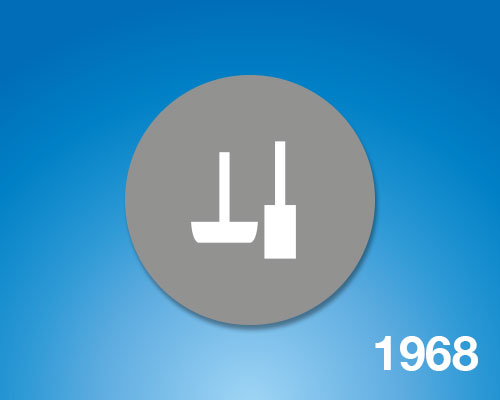 After introducing their first disintegration tester in the late 1950s, by the end of the 1960s ERWEKA introduced their first Dissolution Tester to the world of newly developing dissolution testing. The field was still young, and ERWEKA was there to help develop it and worked together with UPS and FDA. 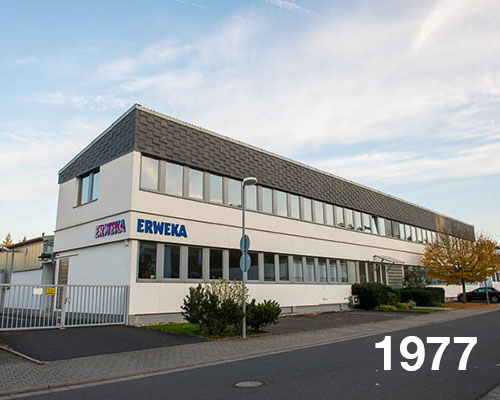 In 1977, Werner G. Müller bought the company from the founders. At this time, ERWEKA was already based in Heusenstamm and employed about 30 people. 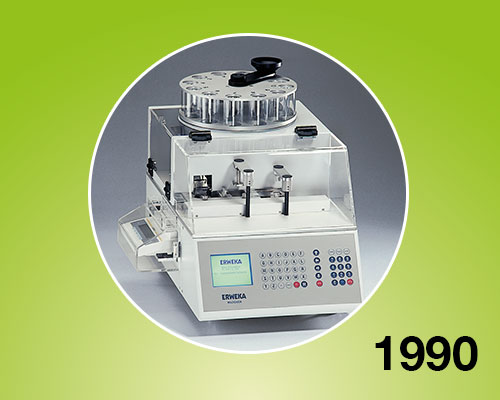 In 1990, ERWEKA introduced the first fully automated tablet hardness tester - the MultiCheck. It was the first multi-parameter tester for testing of the physical parameters of a tablet weight, thickness and hardness. 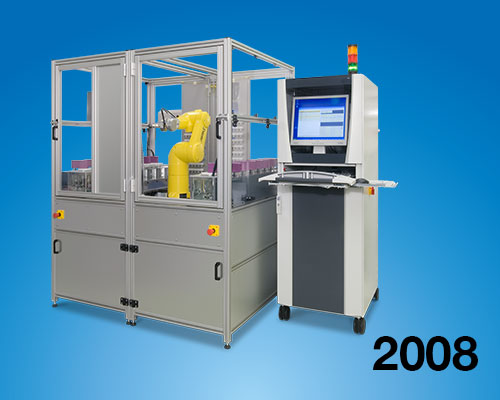 In 2008 we launched our first fully automated dissolution system, the RoboDis I. The complete software controlled system with a 360° Stäubli robot arm was developed with and for our customer Bayer Healthcare in Germany. It laid the foundation for the RoboDis II, which was about to come in 2012. 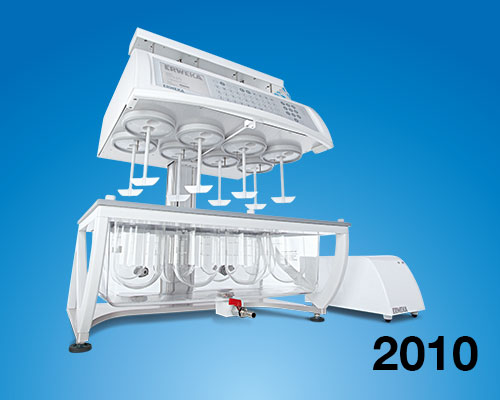 In 2010, ERWEKA introduced it's modern white design series for all product categories. With clear focus on the task at hand, no distracting colours and a white design to mimic the clean working environments of modern pharmaceutical laboratories, this visual language is still at the core of our design language. 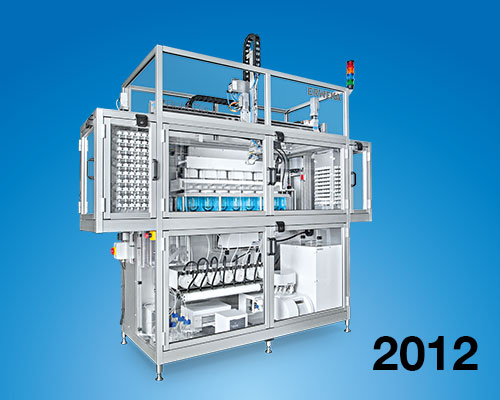 In 2012 the fully automated, parallel working, digital and software controlled RoboDis II fully automated dissolution system was introduced. With automated testing of 10 batches (later even up to 40 batches), it handels all of the necessary dissolution tasks automatically and precisely identical due to robot precision by a Festo robot hand - no user interference needed. All controlled by our own Disso.Net software. The RoboDis II is our most versatile system for Dissolution R&D and QC and can be configured to almost any customer requirement. It offers several ways to online integrate UV-Vis and/or HPLC-analytics.

The MultiCheck 6 hardness tester was introduced in 2015 with the patented Oblong NavigatorTM. The fully automated 5-parameter tablet tester is top of its class, and thanks to its patented "Oblong NavigatorTM" it can be configured to quickly align each tablet correctly. 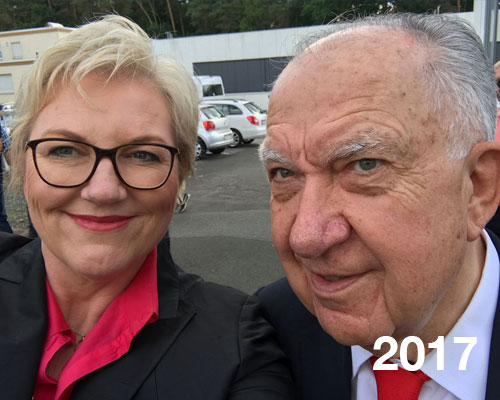 The end of an era and at the same time the beginning of a new era. After 40 years as the head of the company, Werner Mueller (74) passed on the torch as CEO to his wife, Mrs. Claudia Mueller (51). "With her extensive knowledge, my wife will lead ERWEKA into the digital age, ensuring the companys furthere future growth and it's business success!" Mr. Müller stated in the ceremony in July 2017.

Update: in 2022 Mr. Mueller is still coming to the office every day and lets us participate in his vast pool of ideas and knowledge. We highly appreciate his involvement and knowledge of such a specialised market. 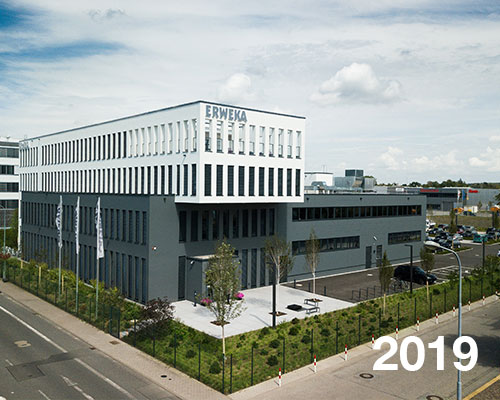 After 2 years of construction time, in March 2019 ERWEKA finally moved into its new headquarter in Langen, Germany. The new building is the cornerstone of ERWEKAs future, combining administration, research & development and manufacturing in a modern state-of-the-art building. With more than double the space than before, modern and open-office spaces, new IoT connected machinery and a vast showroom and trainings area, the building facilitates everything we need to further grow in the future and expand further more. 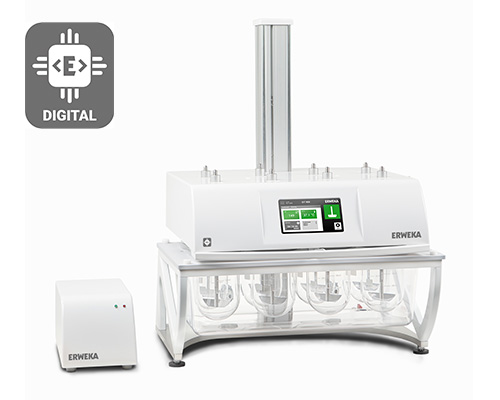 Erweka launches in February it first fully digital dissolution tester DT 950 Series with embedded PC and ARM processor. This is the beginning of the new digital TouchAssist function, which guides any user through the dissolution test and offers outstanding new features, only possible by digital technology and our own Erweka OS. Leading the industry - again.